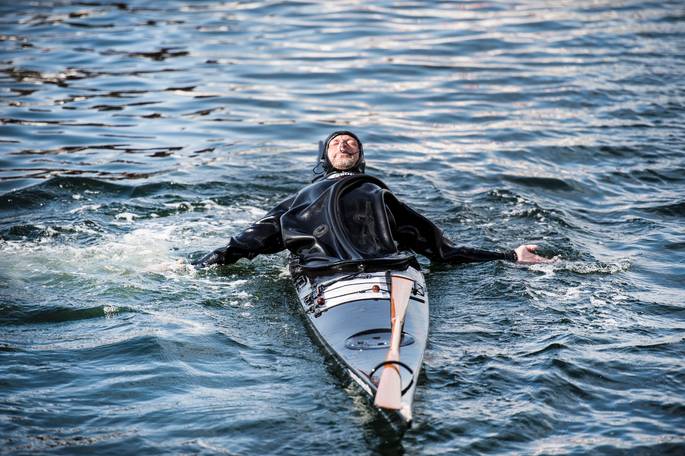 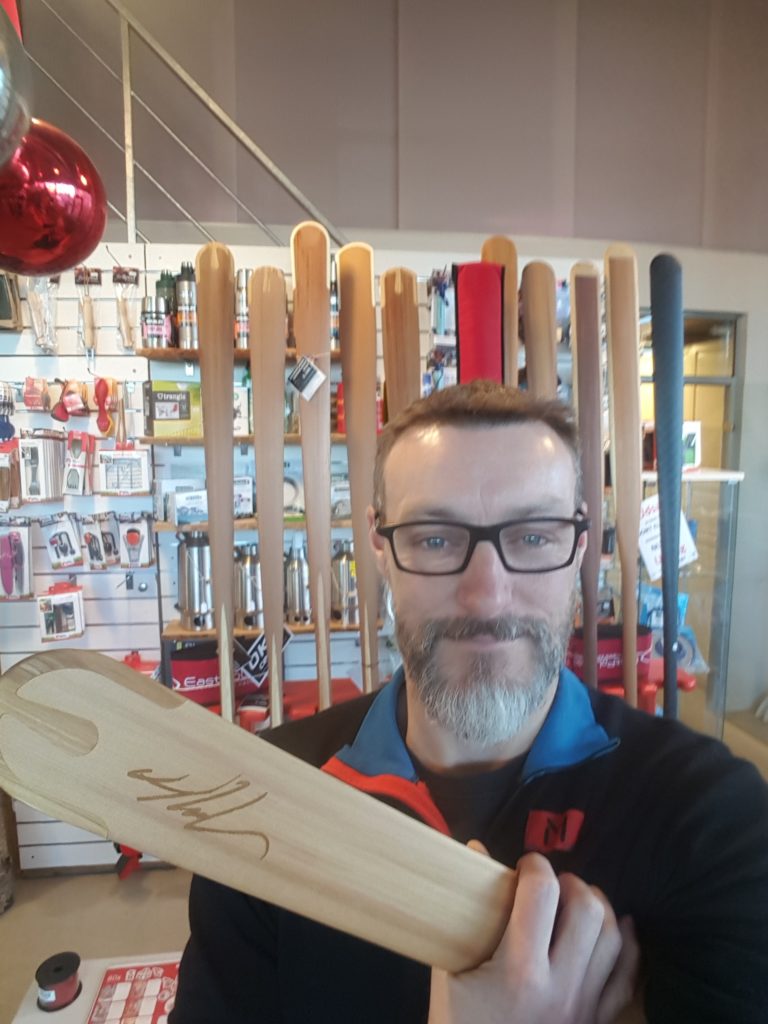 For many centuries, Greenland was essentially a land of kayakers. The seal was the mainstay of the Inuit economy, and the kayak was a silent mean for catching it. A man was judged primarily according to hunting ability and skill as a kayaker. Since swimming was not a common skill among inuits, rolling a kayak was essential to be successful and to return alive from the sea. Rolling’s origin in the cold waters of Greenland has been well documented as far back as the 1500’s, and presumably predated that by many centuries. A survey taken in 1911 showed that about 40% of Inuit hunters were able to roll their kayak.

Around 1920, the sea temperature along the coast of Greenland became warmer.  Kayak hunting became less important and fishing in power boats increased. A whole generation grew up with almost no knowledge of kayaking and rolling.

In 1980’s, the ancient Greenlandic kayaking and rolling skills were in serious danger of being lost forever. In fact many of the techniques were lost but to one man – Manasse Mathaeussen. In 1983, three ancient Greenland kayaks from the Netherlands were loaned to the Museum of Greenland at Nuuk. Some young Greenlanders saw these on exhibit and were impressed that their ancestors hundreds of years ago had such sleek crafts and the skill to use them. These young men then decided to form a qajaq (kayak) club in order to preserve their kayaking heritage. Thankfully the club was able to bring together the veteran seal catchers with an eager band of students and the knowledge was passed on to a new generation. The following years, qajaq clubs were established in the main population centers of Greenland. The Qaannat Kattuffiat (the Greenland Kayaking Association) was soon formed -it is an organization dedicated to keeping the traditional kayaking skills alive. These skills include rolling, paddling techniques, kayak building, tuilik making and other aspects of the Greenland kayaking culture. Today, Qaannat Kattuffiat has around 25 member clubs, 3 of them from outside of Greenland (Denmark, USA and Japan).

Among other activities, Qaannat Kattuffiat holds the annual Greenland Championship. Paddlers from member clubs come together to one designated club and compete in paddling, harpoon throwing, rolling and rope gymnastics. The competition was and is very much a team based event where the clubs compete collectively as a community. Though there are individual awards the club spirit and collaboration feature prominently in the event.

Since the inception of the Greenland Kayaking Championship many foreign paddlers have also attended the the championships to test their skills and compare. Competitive rolling, working through the published list of competition rolls is considered by some a badge of honor, and going to Greenland to compete is the pinnacle of that passion.

There are many ways to compete in Greenland rolling, competitions could be based on speed i.e. how many rolls are completed in e.g. 20 seconds or be based on endurance i.e. how many rolls are completed in a row. However the most common way is to use the same rules as for Greenland Championship. The score-sheet (see below) includes 35 different techniques, 33 of them are actual rolls and two additional disciplines are paddling upside down and the walrus pull. The list begins with easier rolls and ends up with the more complicated ones. Most of the rolls in this list have historical background. Each roll was developed to deal with certain conditions. Competition has helped to ensure that these traditional paddling skills stay alive.  But it has also resulted many rolling developments like the forward finishing brick roll and the straight jacket roll which evolved from highly skilled competitors inventing new challenges. 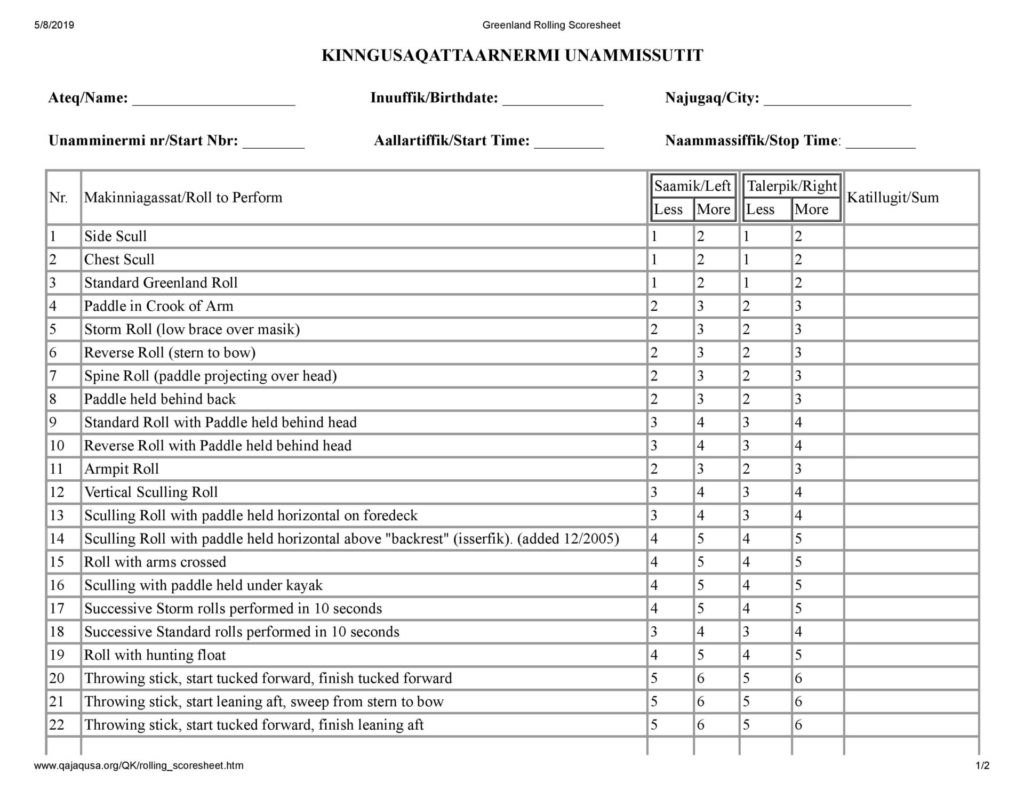 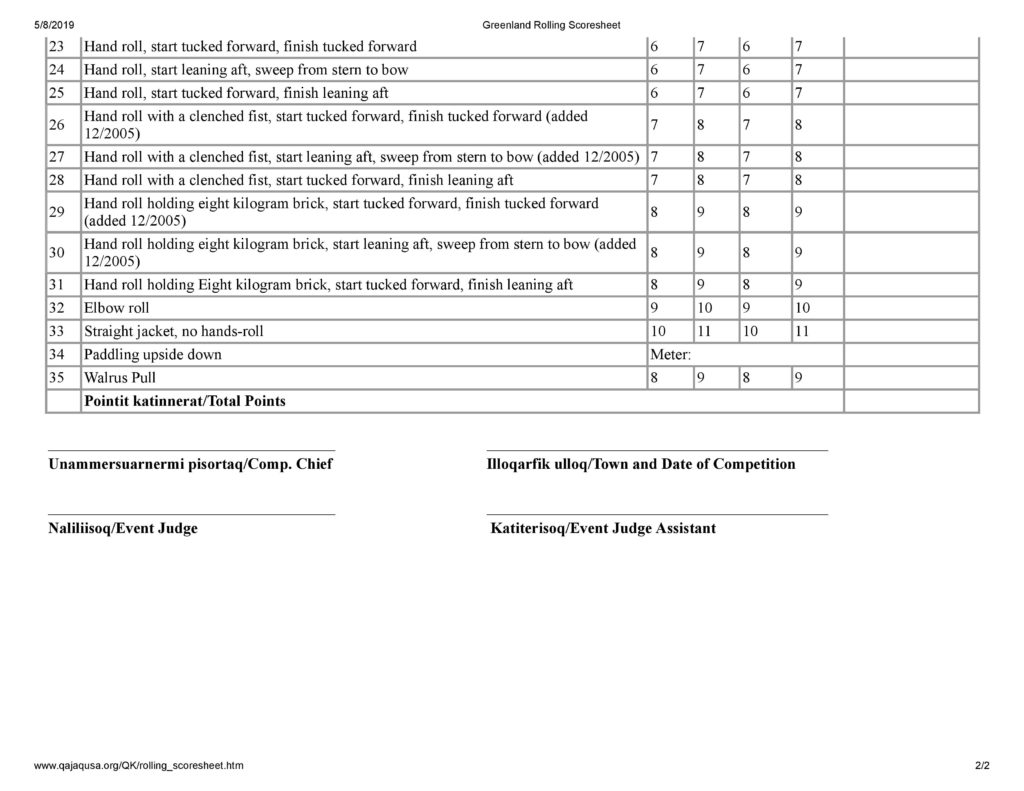 WE WISH YOU GOOD TRAININGS!